Welcome to our first newsletter for 2022!

This month we bring you the trending Australian superfruit Kakadu Plum. Known for its skin brightening and anti-ageing properties, the antioxidant content of this ingredient certainly packs a punch.

In the News this month, Australian Botanicals are trending and helping brands create product distinction. And distinct they are! Australian flora’s unique qualities are driven by the remote location and harsh climatic conditions, having evolved into such potent actives!

Also in this month’s edition:

Kakadu Plum is featured as a trending active by MINTEL analytics. An increasing number of new product launches contain this unique Australian botanical ingredient. The MINTEL Global New Products Database (GNPD) indicates that 0.7% of all new skincare product launches in the twelve months to September 2021 feature Kakadu Plum. The number of product launches over the past 5 years is accelerating, as more formulators recognize the benefits of this Aussie superfruit. 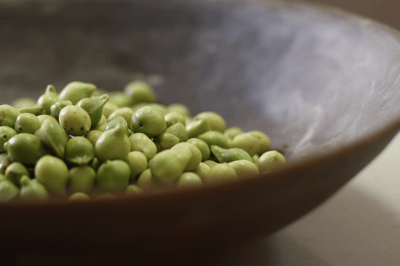 This native Australian fruit contains the highest known source of Vitamin C – 3,300mg to 5,000mg per 100g of pulp – which is 50x more vitamin C than oranges! But it’s not just Vitamin C. Other potent antioxidants found in Kakadu Plum include Gallic Acid and Ellagic Acid. Formulating with a standalone antioxidant such as Vitamin C can be problematic to achieve stability. The synergistic action of multiple natural antioxidants in Kakadu Plum allows for enhanced functionality with reduced oxidation risk to the formulation.

Native to the far northern tropical climes of Australia, Kakadu Plum has developed a unique protection mechanism against the harsh effects of the Australian sun. This protective response translates to super concentrated levels of antioxidants. When applied to skincare, these components can increase collagen production, improve skin tone evenness, and protect the skin from free radical damage such as from UV exposure.

On the ORAC (Oxygen Radical Absorbance Capacity) scale which measures antioxidant capacity, Kakadu Plum's value places it amongst the stars known as “superfruits”, and higher than Green Tea and Blueberries!

Our Kakadu Plum is hand-harvested by native Australian Aboriginal Communities in northern Australia. Even the production and manufacturing processes are owned by an Aboriginal group.

Depigmentation and Anti-ageing with Kakadu Plum

Kakadu Plum offers the highest known natural source of Vitamin C, but a more highly-prized component of Kakadu Plum is Ellagic Acid. Both Ellagic Acid and Vitamin C are documented in scientific literature as effective for treating hyperpigmentation disorders. Ellagic Acid is of considerable interest to formulators for its similar and complementarity functionality to Vitamin C, but without the concerns of oxidation.

One study examined the photoprotective effects of Ellagic Acid on collagen breakdown and inflammatory responses in UV (ultraviolet)-B irradiated human skin cells and in mice. The researchers found that Ellagic Acid reduced the impact of UV-B toxicity on human skin and prevented collagen degradation.

The anti-wrinkle activity of Ellagic Acid was further investigated in hairless mice exposed to UV-B, in which it attenuated UV-B-triggered skin wrinkle formation and epidermal thickening. Topical application of 10 micromol/L Ellagic Acid diminished production of pro-inflammatory cytokines and blocked infiltration of inflammatory macrophages in skin of mice exposed to UV-B for 8 weeks.
The researchers concluded that Ellagic Acid prevented collagen destruction and inflammatory responses caused by UV-B. Therefore, Ellagic Acid may be a promising weapon for interrupting skin wrinkling and inflammation associated with chronic UV exposure leading to photoaging.

The unique plant life of Australia represents an opportunity to not only differentiate Beauty and Personal Care products, but also creates an intriguing marketing story. The Personal Care industry’s recent interest in Australian botanicals aligns with many key global trends and evolving consumer values, including sustainability and social equality.

Brands can also showcase the unique stories behind these plants, often linked to the native communities that farm and harvest them. Australian botanicals can offer brands a sense of exotic functionality. Much like native animals including kangaroos and platypus, these flora and fauna are unique to Australia, largely due to the Australian landmass being isolated from every other continent for much of the past 40 million years. The Australian environment is one of harsh extremes, lending a hardiness to plant life that translates into botanicals with extremely high active properties. Countless botanicals have been identified and used by indigenous Aboriginal communities for millennia.

The use of Australian botanicals has moved beyond facial skincare to reach almost every Beauty and Personal Care category and sub-category including fragrance, where the unique scents are helping to distinguish brands.

For a copy of the report, Australian Botanicals Trending in Personal Care, contact your local sales representative or contact Down Under Enterprises to be connected to your account manager. 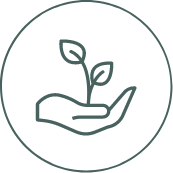 We have been planting Anise Myrtle at our farm Buhlambar this month.

Anise Myrtle trees are similar in structure and growing habit to Lemon Myrtle. The leaves of the Anise Myrtle tree offer an intense aroma and flavor, similar to Anise and licorice. Like licorice, it is used as an expectorant and digestive and in the fragrance industry as a substitute for anise aroma, with a distinct rainforest earthiness. Terminalia ferdinandiana, commonly known as Kakadu Plum, is a native Australian fruit-bearing tree, exclusively found in the northern tropics of Australia. Known as gubinge [gu-BIN-jee] to Australian aboriginals in that region, these communities rely upon the proceeds of their wild harvesting activities when this native superfruit is in season.

The world-heritage listed Kakadu region is located in the tropical far north of Australia and boasts enormous ecological and biological diversity, rugged terrain, waterfalls, rainforests, wetlands, exotic wildlife and ancient rock art. While the scenery is breathtaking, the conditions are harsh. Kakadu Plum fruit evolved to withstand extreme weather while retaining optimal properties. Only very few fruit are able to survive the conditions of Kakadu.

This hardy plant has learned to thrive in sandy, poor soil and intense sun, where others struggle to survive. Much of this resilience is attributed to its high antioxidant content, including a unique compound called Ellagic Acid.

Kakadu Plum is wild harvested, hand-picked by local Aboriginals, dried and milled. Its full manufacturing process and commercial production is owned and managed by a local Aboriginal group.

100% Renewable Energy at our farm and office

Our farm and warehouse are powered only by 100% renewable energy, including a conversion of farm equipment over to renewable electric power. We use 100% renewable energy at our offices as well. These activities directly reduce our carbon emissions and carbon footprint as a business - which we monitor as an annual KPI.

This helps us steer an industry-leading sustainability standard, as recognized by Ecovadis with our Platinum certification level. Achieving these targets aligns us with the carbon emissions targets of our customers and keeps Australian Agribusiness in Essential Oils competitive in a global market.

To learn more about our other sustainability initiatives CLICK HERE. Hayden and Erin on our Farm

Watch the video to learn how the dynamic duo, Hayden and Erin, get things done on the farm and in the warehouse - it's a family affair! Are you missing out? Subscribe to our newsletter
below to receive news from Down Under direct to your inbox.